The case is also known as the “Changsha Funeng” case.

On July 22, 2019, three staff members of Changsha Funeng (长沙富能), a non-governmental public interest organization, were criminally detained by the Changsha Municipal State Security Bureau on suspicion of "subversion of state power" and officially arrested on August 26 on the same charges. The three individuals are: Chen Yuan (程渊), Liu Dazhi (刘大志), and Wu Gejianxiong (吴葛健雄). The investigation period of their cases was extended multiple times, and the authorities rejected repeated requests by lawyers appointed by family members to meet with the defendants. On March 16, 2020, the six defense lawyers (two representing each defendant) received oral notices from the Changsha Municipal State Security Bureau and local bureaus of justice  informing them that the defendants had dismissed their lawyers, including lawyer Wu Youshui (吴有水), who was representing his son, Wu Gejianxiong.

On September 11, Cheng Yuan's wife, Shi Minglei (施明磊), went to the court to inquire, and the head bailiff informed her what Judge Zhao Wei said: the trial was public and the rights of all parties were protected. On Twitter, Shi Minglei posted three points addressed to Judge Zhao: 1) she downloaded the public notices from the website of the Changsha Intermediate Court  related to all cases handled by Judge Zhao Wei since he took over the Changsha 3 Case and could find no information referencing the Changsha 3 Case;  2) Cheng Yuan's defense lawyer Zhang Lei and Xie Yanyi did not appear in court—how was the trial public?  and 3) the court did not notify even the families—how was the trial public?

On July 2, 2021,  Wu Youshui received a message: the three had been convicted of  “subversion of state power." Liu Dazhi was sentenced to two years in prison, Wu Gejianxiong was sentenced to three years; but Cheng Yuan’s sentence was unknown. On August 5, Shi Minglei learned that Cheng Yuan had been sentenced to five years in prison, but his officially-appointed lawyer refused to give his family the official verdict document. "This is a completely illegal trial and our family will never accept it," Shi said.

Those Targeted in the Changsha 3 Case

Cheng Yuan, head of Changsha Funeng, is a veteran public interest legal activist involved in advocating the rights of disadvantaged groups since 2008. He represented more than ten public interest lawsuits involving hepatitis B and HIV/AIDS patients, and made significant contributions to the elimination of institutional discrimination against hepatitis B patients in China. In 2013, the employment discrimination case in Jinxian County, Jiangxi Province that he represented was the first domestic case in which a person with HIV/AIDS received compensation, and was regarded as a landmark victory.

Since 2013, Cheng has been devoted to eliminating the mandatory family planning policy and promoting the reform of the household registration system, assisting in more than 10 influential lawsuits. Among them: the case involving the expulsion of a professor from a university in Guangzhou, the case of a person without household registration applying for an ID card in Shenzhen, and a class action suit of “college entrance exam through migration” in Inner Mongolia were considered influential; and the case against the Guangdong Provincial Health and Family Planning Commission, the Bo Xilai case, and the Liu Zhijun case were rated among "China's Top 10 Influential Litigations in 2013" by the Chinese Society of Case Law and Southern Weekend.

Cheng Yuan is currently being held in a prison in Jinshi City, Hunan Province. To show concern and support, netizens may write to Chen or send him cards at the following address. 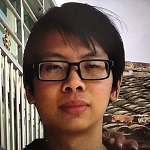 Belonging to the post-90s generation and known as Xiao Wu ("Little Wu"), Wu is new to the public interest field. He mainly worked with lawyers.

On December 31, 2020, Xiao Wu's mother, Ge Hong, died a few days after a sudden brain hemorrhage. The Changsha Intermediate Court did not allow Xiao Wu to see his mother for the last time or sign the organ donation document on his mother's behalf.

Xiao Wu’s father, Wu Youshui, is a well-known senior lawyer in China who has made noted contributions to promoting open government information on child support payments and the abolition of mandatory family planning policy. In July 2021, Wu Youshui published his new book, "The Stolen Right to Defense," which tells of his mental anguish of being a lawyer but barred from defending his own son, and the human tragedy of the death of his wife from a sudden illness and his son being forbidden to see his mother for the last time.

December 14 is Wu Gejianxiong's birthday, and Wu Youshui appeals to everyone to send birthday wishes to Xiao Wu.

Wu is currently being held in Hengzhou Prison in Hunan Province. To show concern and support, netizens may write Wu or send him cards at the following address: 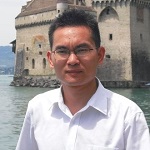 Also known as Liu Yongze (刘永泽), Liu Dazhi joined Changsha Funeng in 2017 as a full-time social worker. He has been concerned about public affairs for many years. He also co-founded, with other public interest advocates, the Changsha Chunyu Public Interest Mutual Aid Team, focused on the protection of workers' rights, occupational disease assistance, education and legal assistance for families and children of occupational patients. In 2014, he made an open government information (OGI) request to the Changsha Water Affairs Bureau for disclosure of tap water quality testing data at various monitoring points. In 2017, with the rise of cases of illegal disposal of medical waste in various places, Liu made an OGI request to the Changsha Municipal Health Bureau for disclose of information, including on the quantities and disposal process of medical waste.

Liu was criminally detained on July 22, 2019 and sentenced to two years' imprisonment on July 20, 2021 for "subversion of state power." He was released in the early morning of July 22, 2021 and sent directly back to his home in Huaihua, Hunan Province.

A devout Christian, Shi is the wife of Cheng Yuan and has also been targeted in connection with the Changsha 3 Case. On July 22, 2019, she was forcibly taken away from her home, handcuffed and black-hooded, to the neighborhood office for interrogation that lasted for 18 straight hours. Afterwards, she was subjected to residential surveillance on suspicion of “subversion of state power” by the Changsha Municipal State Security Bureau. On January 15, 2020, following persistent protest, Shi obtained a letter of decision lifting her residential surveillance. Shi has been active in appealing for her husband Cheng Yuan.

Send Your Message of Support to Human Rights defenders 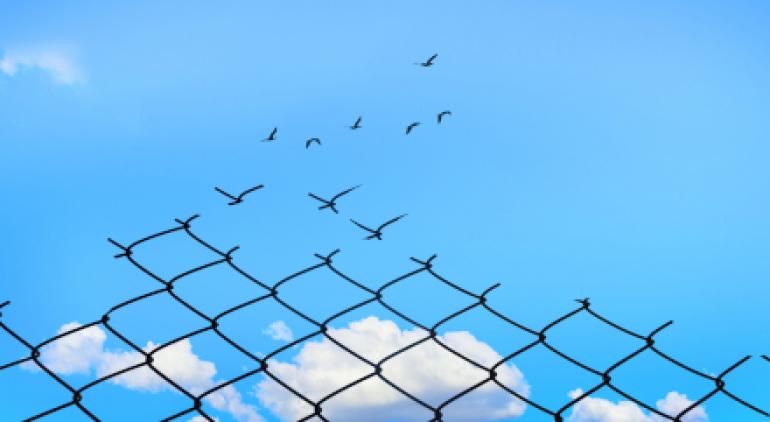 Send Your Message of Support to Human Rights defenders

In these dark times for so many of them, HRIC honors their work, their spirit of dedication, and the great price they continue to pay in promoting the progress of civil society. Please take a moment to send messages to the imprisoned and detained rights defenders—to show your concern, solidarity, and support.