Shanghai petitioner Li Yufang (李玉芳) was officially arrested on January 2, 2014, on the charge of “obstructing official business,” after being detained on December 19, 2013, by the Yangpu District branch of the Shanghai Public Security Bureau.

Li’s was first detained after petitioning for help—by striking an aluminum bowl to get attention—at the Yangpu District government offices. After an officer on scene snatched her bowl away, Li attempted to retrieve it by pulling on the officer’s shirt and was subsequently sent to the Pingliang Public Security sub-station. Li has been taken into custody seven times previously for petitioning for compensation for the forced requisition of her home. 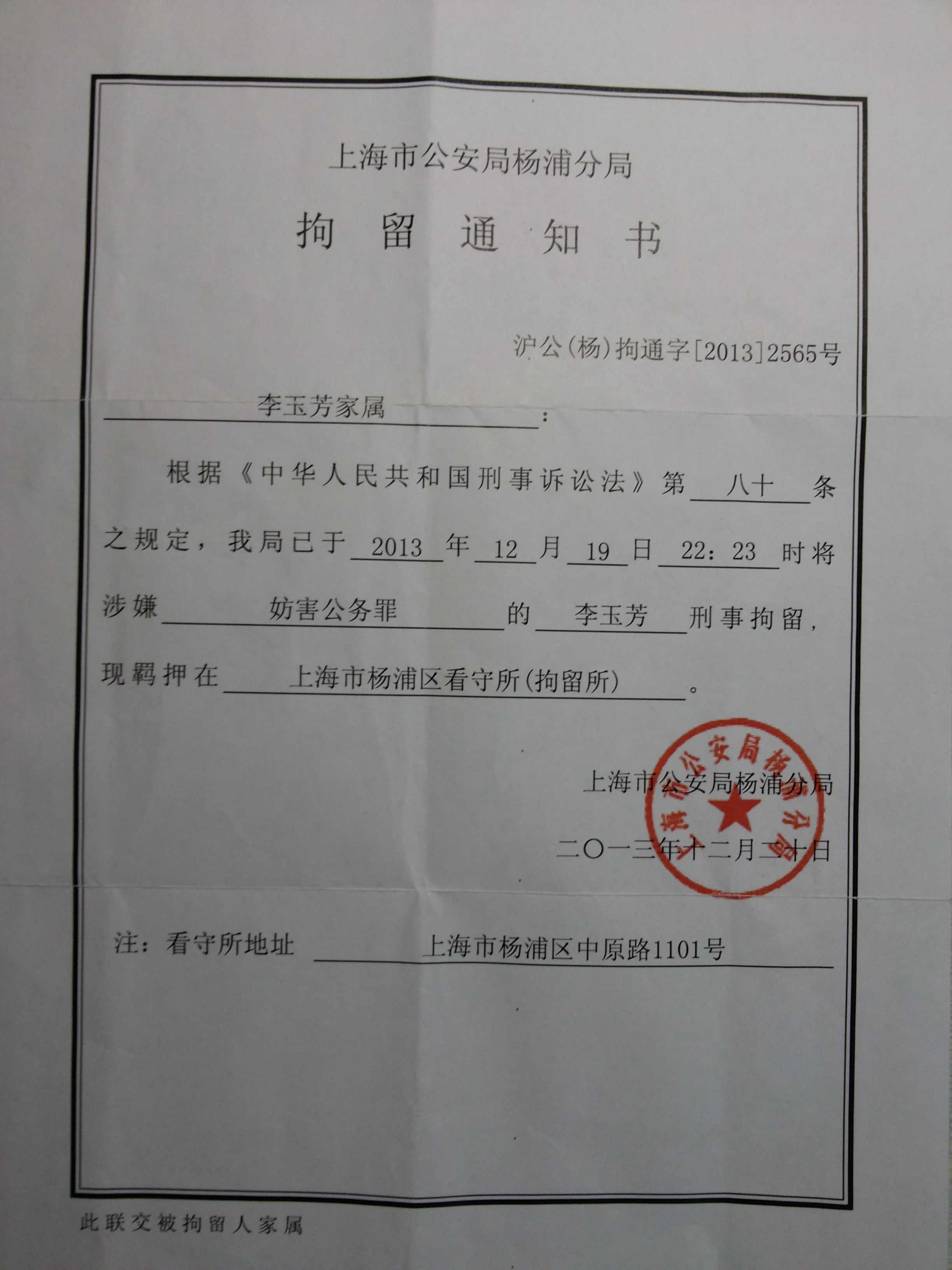 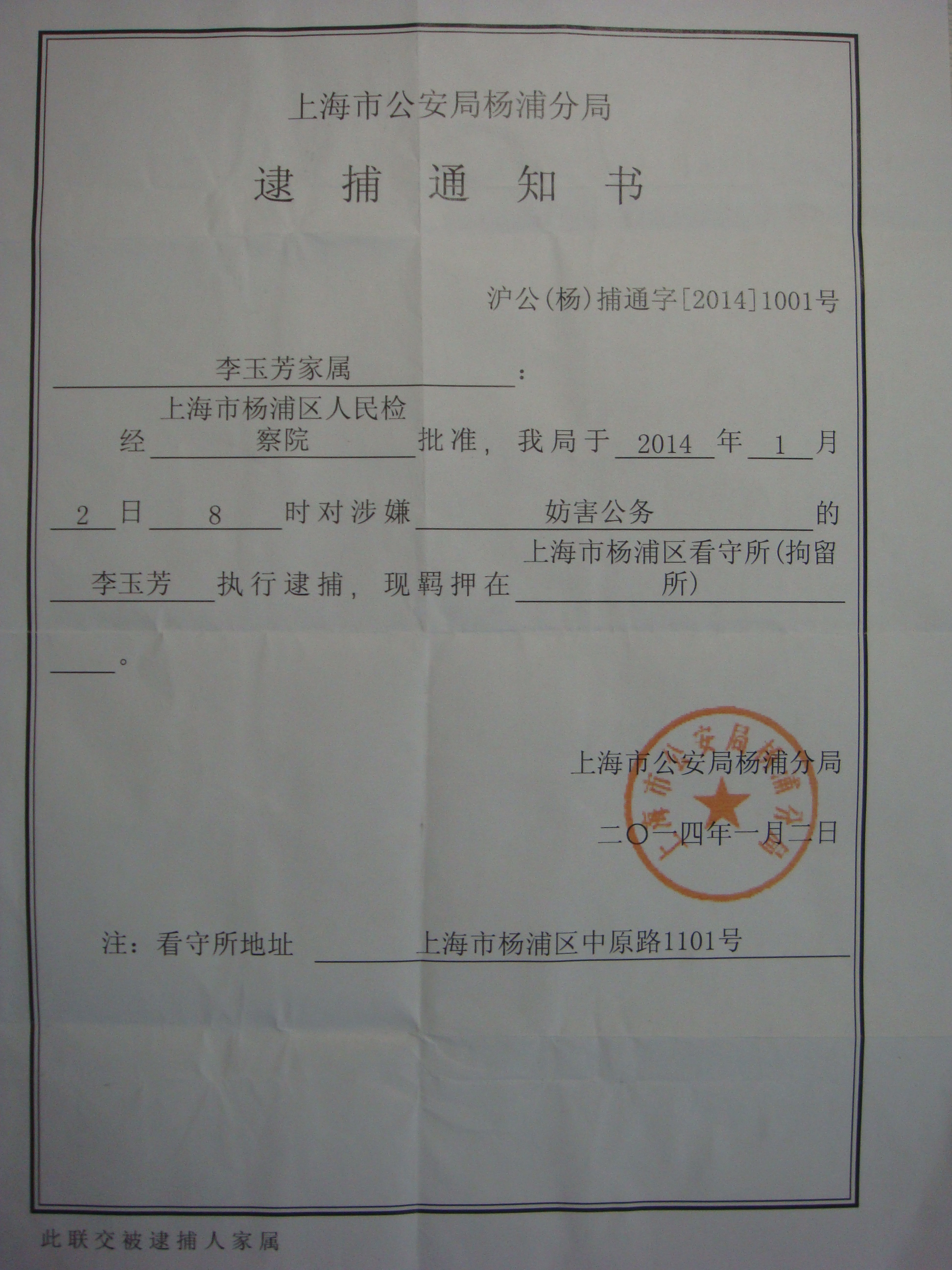